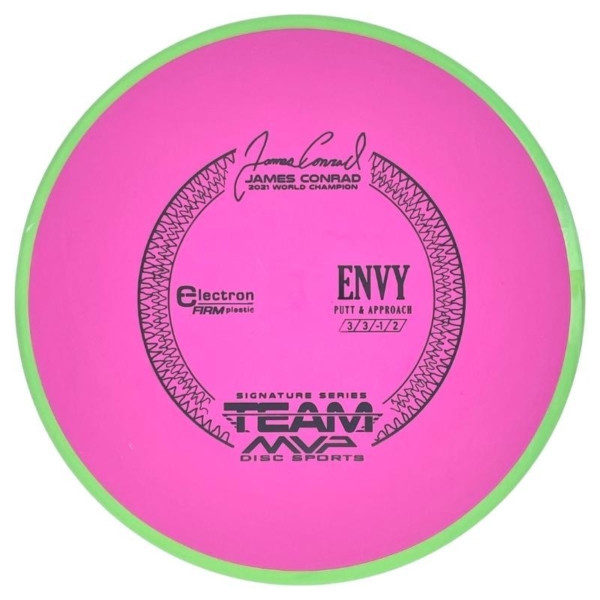 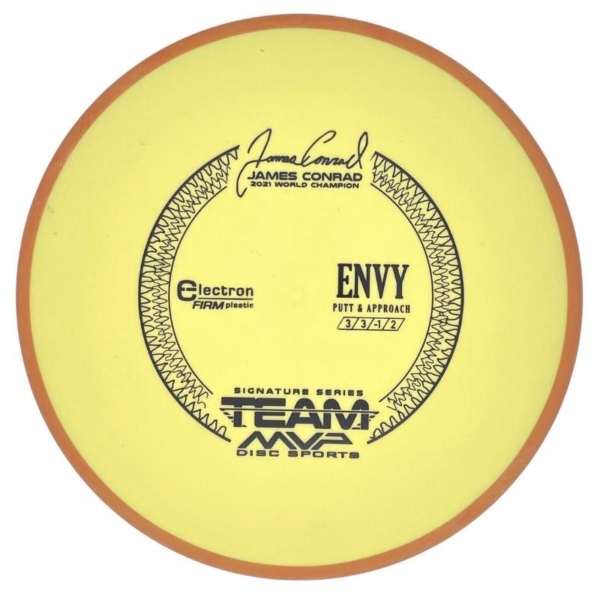 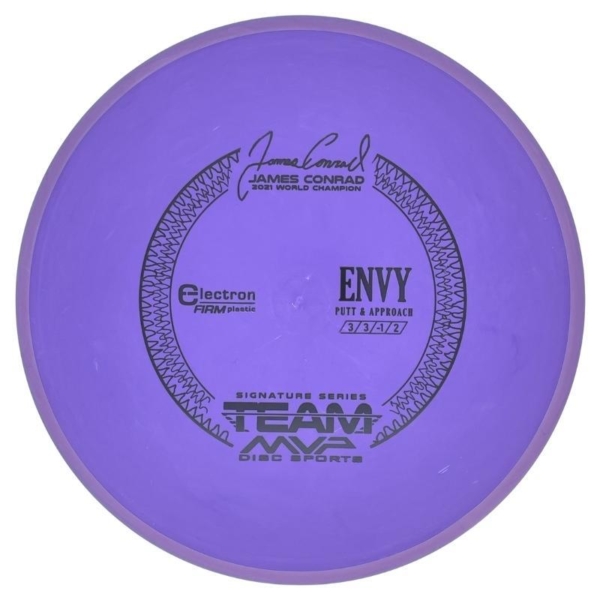 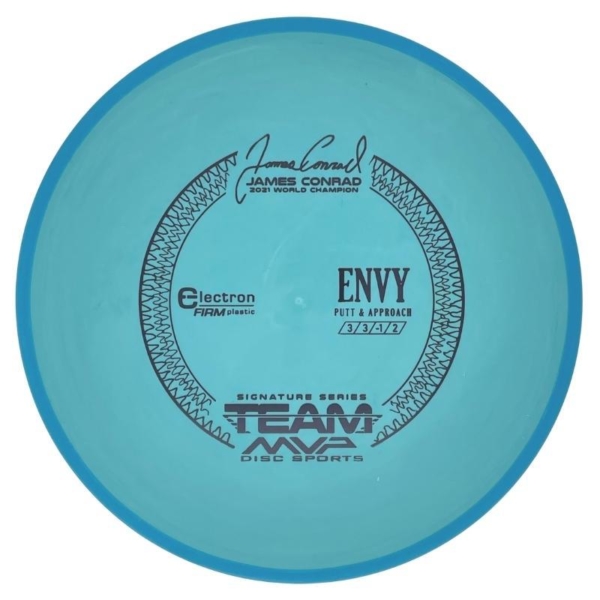 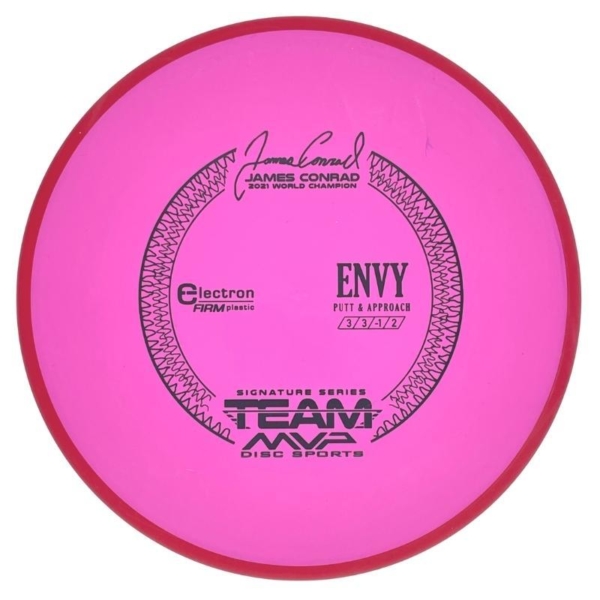 Discgolf’s best throwing putter is now forever linked to the best putter thrower in the sport! The first James Conrad Signature Series disc, the Electron Plastic Envy, offers great Grip and reliability. The Envy is a little over stable without unthrown, but it wears out to an absolute laser beam, allowing you to more more of them to cover all the throws and lines you need.

The envy has a sleek modern feel that fits perfectly in the hand while creating confidence in both the putting and the approach shots. Envy has reliable fast stability and minimal fade. With a slightly lower profile and speed than Ion and Anode discs, the Envy is a uniquely stable putter.

Envy’s unique flight feature is its ability to keep a direct flight for power throwers, but it’s also a reliably stable approach disc for lower-power shots.
While its flight stability is largely similar to MVP Ion, Envy offers a whole new feel to the throws.

There are no reviews yet. 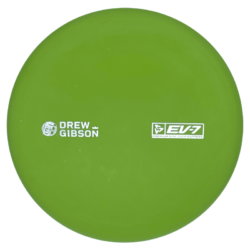 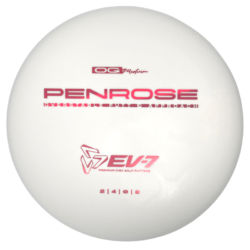 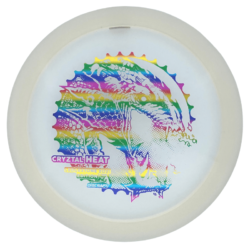 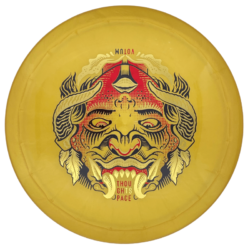